151KiB, 334x252, play-ys.png
View SameGoogleImgOpsiqdbSauceNAO
Quoted By:
Did you try the Ys IX Demo on Steam yet, anon?
15 posts and 3 images omitted
Anonymous
Quoted By:
>>1809441
FF Origins Demo
Nier Automata and Replicant
Tales of Arise
Anonymous
Quoted By: >>1809889
>>1808674
Ys combat was built around the bosses actually having interesting attack patterns and your entire arsenal being used to defeat them.
Now it's flash guard into spamming the most spammable art.
Anonymous
Quoted By:
>>1809441
I honestly can't name a single ARPG with a combat worse than party based Ys games that was released in the last decade.
Anonymous
View SameGoogleImgOpsiqdbSauceNAO 1608513480793.png, 8KiB, 687x450

both this and 8 were just bog standard JRPG's with some really nice story moments and waifus, but the gameplay is just low budget jank

just literally play Monster Hunter World if you want good combat, you'll never find it in a story heavy game such as Ys (and other Falcom shit)
Anonymous
Quoted By:
>>1809889
Is the story in 9 good, at least?
Anonymous 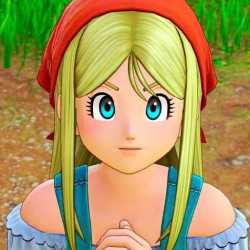 63KiB, 476x476, FCD5587F-89BB-47A2-B5B6-33949B6B605D.jpg
View SameGoogleImgOpsiqdbSauceNAO
Quoted By: >>1809749
I just started DQ11. I was ready for a comfy adventure after SMT 3 and then this bitch started talking. My ears are bleeding. Why do Japanese developers think we want to hear disgusting britbong accents? Fuckers can’t speak their own language right.
35 posts and 2 images omitted
Anonymous
Quoted By:
I've been playing it for a week now and I don't think the English dub is that bad, went with it since I wasn't in the mood for cutesy japanese screeching, I also heard the japanese voice over sounds rather generic. The english accents don't bother me nearly as much as the Spanish take on them for the subs, some of the stuff I'm seeing hurts to read, just like my engrish.
Anonymous
Quoted By:
>>1809652
>that retarded take again
No, the jp audio isn't a dub over english audio, heck, the en va is based on the nonsensical dialogues that australian cunt wrote as a joke 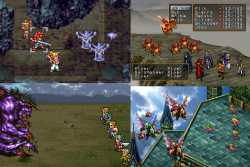 Quoted By:
>>1805140
4-5 for a standard JRPG. Four gives a pretty good spread of character types, five allows a little more flexibility in getting redundancy or utility since each individual character is less responsible for overall damage output. As you go lower, characters start to either be able to do anything and everything, reducing the synergy between the group, or they become hyperspecialized as a meta forms around what you must have. Larger groups give more wiggle room.

I'd say some tactical RPGs or more specialized ones (Usually ones with simpler combat systems) do well with large party sizes, 8, 10, 12, or more characters in a party. At this level, each character is more a part of the whole unit that needs to work together like a well-oiled machine, each character might have a strong, specialized nature and only really do one or two things, but the composition as a whole determines how you handle things. Consider something like X-COM or Battle Brothers in this regard, or Ogre Battle's strategic layer.
Anonymous
Quoted By:
>>1805140
Five is great for first playthroughs. Four are for securing the party's viability and the fifth can be everything even if it doesn't really works. It's the funny experimental pick.
Anonymous
Quoted By:
>>1805140
Five or six, probably.
Three is associated in my mind, with a specific era where your party members were all basically interchangeable, or at least so malleable that they might as well be. Four moves towards party members with specific abilities, strengths and weaknesses, which makes fights feel like efficiency puzzles. You need someone who can heal, someone who can deal damage, and then the remaining two are tanks/damage dealers.
When you go past that, you the player are making choices that feel tactical. Because those larger party sizes tend to be associated with RPGs with larger recruitment pools. So in a SaGa or Suikoden game, you're looking for "the best swordsman" or "the best mage" or someone who combos really well with your primary character. Because the opportunity for creating an exact, specific party feels more granular, I as the player feel like this particular party is specifically "mine" and I appreciate it more when the party does well in combat.
But I'm probably being influenced by the screenshots.
I still prefer larger party sizes.
Anonymous 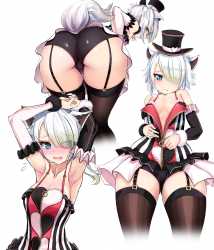 4MiB, 2160x2520, 1610527117990.png
View SameGoogleImgOpsiqdbSauceNAO
Quoted By: >>1809874
PC demo is out. Just press the install button on the SteamDB page, only 2GB.
https://steamdb.info/app/1645600/
55 posts and 11 images omitted
Anonymous
Quoted By:
>>1806866
Autism
Anonymous
Quoted By:
Surprised no one's talking about the demo. I did both levels. Had trouble at first getting into the gameplay because I wasn't used to the controls and had to change the bindings. Not a fan of all the movement stuff in IX so far but I don't hate it. The underground level felt less linear than the other area, but I enjoyed both. Graphics and sound are fine.

My ranking of the 4 characters: sickle(?) girl > blondie > cow > Adol
The closed eyes girl is simply great. Very quick movement and attack animations, good damage, nice skills, range. Not a fan of her design but as a fighter she's just fun. Might main her like I did Laxia.
Blondie is also pretty good, but I didn't like his skills. Have to play him more.
I tried to like the cow but something just seems off. Her attacks feel too slow and not strong enough. Her skills are okay and for some reason she'd sometimes do bull rushes when I didn't want them. She performed better when I switched her attack type.
Adol.. I didn't use him much, never do in party Ys. In VIII he was extremely strong with good balance, and generally fun to play. What I saw so far in IX was not fun. His range sucked and his skills weren't fun.
I'm surprised they didn't let us play the catgirl in either level.

Combat: like VIII. Fun. Haven't figured out why I can't do the "warpstrike" sometimes. Again, sickle girl is fun. Character weapons are a bit boring: sword, 2 swords, big axe, sickle. Where are spears, knuckles, guns, shield etc.?
One fun thing I ran into: was fighting a crab thingie and it fell off a ledge into the water. It vanished but could still do an attack. Then ~10 seconds later I got exp and leveled up.

Bosses, mixed. Not a fan of their shout attacks that knocks me down/away. The bull or whatever boss had a really bad AI and just stood there sometimes. The birdcage boss was the only challenging and fun one, always killing me at sub 10% HP left. 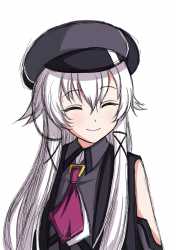 Last thread was slow but overall high quality. lets keep it up.

New information not tested:
relationship level beyond 15 will give you new dialog,same for 30-50
50~99 not tested yet,nobody legit go that high by now 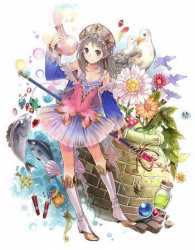 I hate how they ruined her in meruru.
Anonymous
Quoted By:
>>1806016
She's meant for Agate's cock only.
Anonymous

304KiB, 720x1560, Screenshot_20210619-091831_DuckDuckGo.jpg
View SameGoogleImgOpsiqdbSauceNAO
Quoted By: >>1809884
I don't own a PC anymore and I've been trying to get mods from the nexus to my ps4. The nexus has a tab specifically for ps4 mods but I cant download them through the playstation. Does anyone know how?
Anonymous
Quoted By:
>>1809791
Afaik you gotta look for mods through bethesda workshop from main menu.
Anonymous 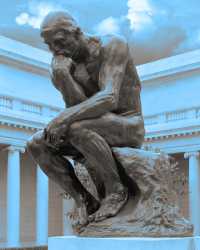 >Character development/differentiation mechanics are the central defining factor of 'RPG' as a video game category
Characters can be upgraded in a lot of genres but that's a tactical decision, not roleplaying; XCOM isn't an rpg. Tactics games (e.g. Chainmail) had stats levelling before rpgs even existed.

>Also, having such mechanics doesn't make something a tactics game (I don't think the combat in Might & Magic RPGs can be reasonably considered 'tactical')
Might & Magic combat is turn-based tactical battles. And skills development doesn't make an entire game tactical but it's a tactical mechanic, primarily.
Anonymous
Quoted By:
>>1806374
I think it's a dumb genre title that doesn't really describe anything if this properly describes it>>1809378
>Immersive Sim = Game world is highly detailed and interactive. Gives the impression of a simulated world (even if it's mostly a facade) via elements like manipulation/transformation of objects, physics, npc behaviours/schedules, weather effects and so on
Sounds like anything from Half Life to Sim City could be considered an "immersive sim."
Anonymous 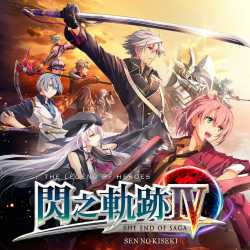 Quoted By: >>1808520
Continuing to make games specifically for fans isn't a bad thing, I don't even like Trails but I can respect their commitment to the universe.
You don't know about shit that doesn't end until you're familiar with Eurofag fiction like Perry Rhodan.
Anonymous
Quoted By:
>>1806988
Redpill me on Rhodan. Are there english translations? Where to start?
Anonymous
Quoted By:
>>1803362
I am now mishy..
Anonymous 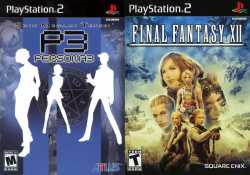 The entire nuPersona franchise is wish fulfilment for weebs that are too stupid to play a real RPG or read a VN, so they have to split the difference
Anonymous
Quoted By:
>>1809201
FF12 is a Star Wars ripoff.
Anonymous
Quoted By:
>>1809284
The combat system itself is fine but everything else is lame
The encounter design is just trash mobs you auto-attack through most of the time, and you fight through a LOT of them while making your way through the massive connecting areas that makes getting from any point A to any point B an endless death march, which makes Persona 3's moment to moment gameplay infinitely more fun
You have customization that's less interesting than Persona fusion (The re-releases made things better with the job systems) and relatively few abilities compared even to other FF games, let alone Persona
I don't want to hate FF12's gameplay but I do
Anonymous
Quoted By:
>>1809284
>The basic system is just your normal ATB though
no it's not, it's literally just RTWP (or without pause if you set it on active), there's no waiting for a character's turn involved
Anonymous
Quoted By:
>>1809781
I like a mixture of both, suck my dick
Anonymous 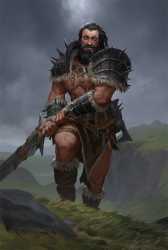 506KiB, 692x1024, Armag.png
View SameGoogleImgOpsiqdbSauceNAO
Quoted By:
My life is a lie, THEY'RE ALL GONNA LAUGH AT ME
187 posts and 16 images omitted
Anonymous
Quoted By:
Is Sword Saint with high charisma the best option for a Rean Schwarzer build?
Anonymous
Quoted By:
>>1809692
I like how you pretend you know that magus will not handle the game later on, but cannot actually decide if either of the other two works.
Sword saint is the strongest one overall, but any archetype can handle anything the game throws you. Only convo that needs to happen is about early unfair. But if you were ready to tackle unfair, you would not be asking.
Anonymous
Quoted By:
>>1809768
It's not just CE.
I am pretty sure my Paladin could just say 'You done fucked up, pay the piper', and I never chose a single evil option in my run (even fucked myself out of artisan)
Anonymous
Quoted By: >>1809878
How hard is it to romance both kingdom bicycle and cuckongar? I think I'm ready for my chaotic playthrough
Anonymous
Quoted By:
>>1809864
Not at all I'd guess.
Anonymous 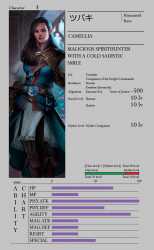 Quoted By:
>>1809854
No way, fag. I thought my character is just being sarcastic but I'm retarded ESL so what the fuck do I know.
Anonymous

1MiB, 1200x676, 1601321405773.png
View SameGoogleImgOpsiqdbSauceNAO
Quoted By:
398 posts and 98 images omitted
Anonymous
Quoted By: >>1809876
>Get Old king to low health
>Starts spawning copies
>Get hit and one spotted by zex caliber by one of them
>Couldn't see if they were buffed because they were off screen
Fuck this dumbass fight
Anonymous
View SameGoogleImgOpsiqdbSauceNAO asdzxqweqvk.jpg, 183KiB, 966x725

Quoted By:
I wanted to keep the discussion going, but then I stumbled on this very silly scripting in Winterbell.

>>1809738
>Didn't Mabel say she couldn't actually get drunk due to being a Great One though?
She says she doesn't get/taste wine, but gets drunk on the atmosphere.