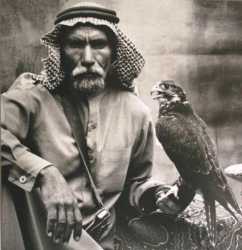 260KiB, 1920x1080, IMG_20220930_162528.jpg
View SameGoogleImgOpsiqdbSauceNAO
Quoted By: >>1206653
The Crusaders Kings 3 Modcon begins in about 30 minutes. Are you going to watch it?
13 posts and 3 images omitted
Anonymous
Quoted By:
>>1204391
Dayum, Imperator Rome Victoria looking better than Victoria 3. The map already looks good.
Anonymous
Quoted By:
>>1206638
Its gotten dumbed down over time i.e. features being removed/simplified, and things like plagues being broken af. Along with that, its officially been put off of development long term because one of the devs has stopped being a NEET. Expect the next update next year or something.
Anonymous
Quoted By: >>1207457
Elder Kings 2 got the initial release date dropped, it's 11/11, for the memes. Who knows how finished it will be though.

Top speed is the result of resistance, in space there is none.
Anonymous 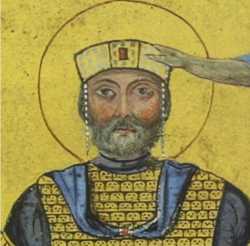 Quoted By: >>1207220
>>1206921
That's it. That's exactly the feeling.
Anonymous
Quoted By: >>1207447
>>1207107
I started playing this game yesterday, how the fuck do you jack off to this?
Anonymous
Quoted By:
>>1203886
Based and mergedpilled
Anonymous
Quoted By:
>>1207220
>Be newly-crowned futanari Empress of Hispania, only just coming of age
>Discover your holdings have in fact been split in half between yourself and your 12 year old brother Rodrigo, the new Emperor of Aquitaine
>Panic as he holds a far greater number of soldiers and skilled generals than you
>Realize you and he have a younger sister, Olivia, who is the immediate heir to Rodrigo's titles
>Rejoice realizing no war will be necessary, as you can employ your 28-Intrigue Uncle Bolivar to simply kidnap Olivia and bring her to your holdings, where you'll declare her your mistress and immediately impregnate her underdeveloped pussy with a child that will lay claim not only to your own Empire, but Rodrigo's as well.
>From there, all that you'll need to do is assassinate Rodrigo, and the future of Hispania will be secured beneath a single incestuous bloodline.
It all just kinda gets to you
Anonymous
Quoted By:
>>1203886
basado 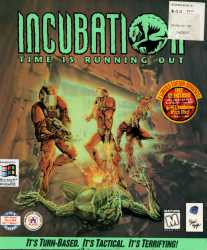 But before i do it, can someone explain, how did the skill system actually work in this game? I remember the equipment points, but i'm still kind of confused about the skill points and how they are consumed, or how the specific skills are raised.

Quoted By: >>1207182
>>1206319
Nothing too big, just things that should have been in from the start. "The Dakotas" is now called "Seven Council Fires" because it's ruled by a Lakota, and Comancheria is actually called Comancheria again when its ruled by a Comanche. There are might be more endonymic names but that's all I noticed. I think the kingdoms of Kansas, Nebraska, and Colorado are all new from last beta too.
Anonymous
View SameGoogleImgOpsiqdbSauceNAO 2022_10_02_3.png, 1MiB, 1248x742

558KiB, 1920x1064, PtqwO.jpg
View SameGoogleImgOpsiqdbSauceNAO
Quoted By:
Hello, I was unable to archive the last CK2 GoT thread and I am hoping somebody can provide critical links to the patches provided in the thread.
>>1126846
530 posts and 60 images omitted
Anonymous
Quoted By:
God the Night's Watch is a bit busted aint it?
You win the wars with barely any effort because some one always answers your request for aid and turns up with 8k men.
You end up just sitting there being spammed with making new heir nominations despite the fact that the last guy you voted for is still around.
If you swear fealty to anyone you just randomly end up independent later on and it all just feels like a waste of time.
Anonymous
Quoted By: >>1207422
>>1206803
>>1206985
Sorry anons I'm a double nigger. I ran two test games as Jahaerys I and Aegon III and didn't catch these.

There seems to be two bugs. One is pretty straightforward, kotstevents.555 should not display for the player, it's just a monitoring event for new kingsguard appointees. You can add "hide_window = yes" inside the event and you'll never see it.

Second issue is a bit fucked, and unrelated. I forgot to include a file that deals with recurring events for the kingsguard, that's on me. On its own, that wouldn't be a problem, some events just wouldn't appear, but as you noticed, the congenital dragonegg event is also bugged. Whenever the game calls an event that doesn't exist, it decides to show you that one instead. 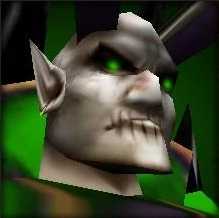 The previous mission where you defend the city is also insanely hard if you try and get the bonus objective, I must've restarted like 5 times and even on my final attempt where I think I had a pretty solid strategy, I just barely and I mean barely beat the mission with a handful of burning buildings left when the timer ran out. Pretty rad I must say.

It kinda sucks that none of my skills carry over from the other games though, seriously, units are pretty much impossible to micro, doesn't matter what you do, they're so slow and they get stuck on each other constantly. The spellcasting is ridiculous as well because you can't fucking see the healthbars on anything unless you hold Alt but if you hold Alt - guess what - your skills don't fucking work and instead you're toggling minimap options. I also can't see what's going on at all, all of the human units look way too similar, I feel like I'm completely fucking up the way I approach the game.
Anonymous
Quoted By:
>>1207443
Bad copypasta.
Anonymous 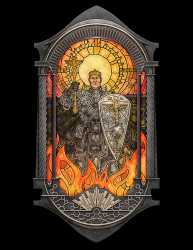 Features of Hearts of Iron IV: By Blood Alone include:
New Italian Focus Tree:
Follow the historical path of Mussolini's Italy or rewrite history by restoring power to the monarchy, leading a Communist revolution or replacing Mussolini with one of a variety of new contenders.

New Swiss Focus Tree:
Surrounded by France, Germany and Italy, the mountain nation of Switzerland finds strength in its neutrality, balancing competing factions and overtures from the great powers.

New Peace Conference Options:
Demilitarize zones of the map or entire nations, bid on the capital ships of defeated powers, or claim control of enemy resources or factories as reparations.

Aircraft Designer:
Design and build your own planes, from nimble interceptors that prioritize speed to durable bombers crafted to unload tons of destruction from high above.

Unit Medals:
A log of each division’s accomplishments lets you track their performance, and even allows you to award unique medals to division commanders for their actions in the field.

Embargo Interaction:
Embargo your enemies with a new diplomatic interaction, preventing them from trading with you if they have generated enough world tension. 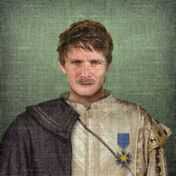 7KiB, 176x176, godson.jpg
View SameGoogleImgOpsiqdbSauceNAO
Quoted By:
>do you like ck2 blah blah blah
admins did godson wrong...
LANDS OF LORDS THREAD
160 posts and 12 images omitted
Anonymous
Quoted By:
>>1198413
>will only slowly kill this game
What is dead may never die
Anonymous
Quoted By: >>1202763
Is there any reason to leave those nod bandits alive, they have been fucking around in my forest since I started and haven’t done anything since. My thought was maybe I could use them somehow but now I just think I’ll take their weapons and be done with it
Anonymous
Quoted By:
>>1202213

The have no AI. They will never move or attack you except in self-defense. 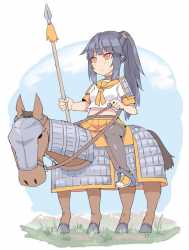 97KiB, 682x900, 1660808010546851.jpg
View SameGoogleImgOpsiqdbSauceNAO
Quoted By:
New anime
399 posts and 63 images omitted
Anonymous
Quoted By:
daily reminder that all civs should have some kind of water bonus to diversify water maps. adding water versions of the normal eco (so a water based gold mine, etc), a water based ram (so a demo ship that doesn't suicide), a water based mangonel boat and other stuff like that would help to make water more interesting.
Anonymous
View SameGoogleImgOpsiqdbSauceNAO 20221002150709_1.jpg, 878KiB, 1920x1080

Quoted By:
The cavalryfag is afraid of the infantrychad
Not even walls will save him for his wrath
Anonymous
View SameGoogleImgOpsiqdbSauceNAO 20221002163056_1.jpg, 790KiB, 1920x1080

Quoted By:
>Lobby enforces random civs
>I get Ethiopian flank
>Enemy is Frank flank and Hun pocket
>Imagine red's visual confusion when the Ethiopian sends a MAA rush
>Imagine red's and yellow's panic when the ethiopian got 2 barracks, Supplies, +1 armor and constantly pumping MAAs non stop
>Frank never did nothing but spam knights and got wrecked
>I did not produce any archer unit at all
Green sperged out that game
Anonymous
Quoted By: >>1207425
I think ghostmaster is kind of autistic guys
Anonymous
Quoted By:
>>1207414
Yes, I am.
×