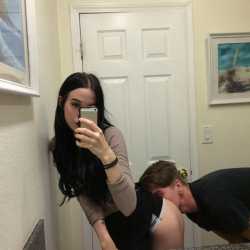 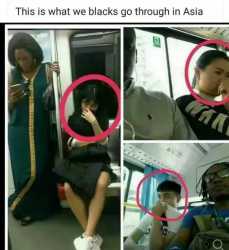 What the hell do you expect? To smell like a department store? It's a mental workout playing games, and you ARE prone to sweating. So why is it okay when Chads fart and sweat profusely in their gym, but not a gaming tournament? When have you defeated a difficult boss without shedding a single drop of sweat?
219 posts and 31 images omitted
Anonymous
Quoted By:
>>572419468
European countries can dump as much of their taxes into social services as they want because they've almost completely outsourced their military expenditures to the US. I literally pay for your fucking safety, faggot. I wouldnt if I didn't have to. Americans complain about every last penny we're getting taxed because the government already takes enough from our paycheck as it is and we see none of it put back into the infrastructure we use. It all goes into the black hole of Social Security and the Department of Defense. I'd live to have better public transportation, I'd love to have universal healthcare, I'd live to have unemployment as a safety net for people who lose their jobs, and I wouldn't have a problem with a small number of layabouts who take advantage of the system if I wasn't already being whittled down to my last fucking dollar trying to stay above the poverty line.
Anonymous
Quoted By:
>>572415167
Tell me that you dont wash your ass without actually saying it you disgusting faggot
Anonymous
Quoted By: >>572420321
>>572420131
based iranian chad making us iranians look good
Anonymous
Quoted By:
>>572420268
Suck his dick why dont you
buckbreaker
Quoted By:
>>572415490
because americans caused this
Anonymous 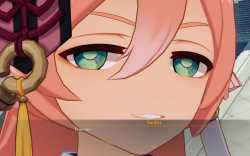 94KiB, 1024x639, 6D3EFA65-88E2-4D84-A931-A81B7ECDE1D2.jpg
View SameGoogleImgOpsiqdbSauceNAO
Quoted By:
What are we really waiting for anniversary rewards?
244 posts and 71 images omitted
Anonymous
Quoted By: >>572420264
>>572420214
you mean normal players? I'm sure theres a couple.
Anonymous
Quoted By: >>572420319
>>572420232
it's normal to do abyss...
Anonymous
Quoted By:
>>572420145
>Not eventually being an abyssfag
Once you reach a certain point, the Abyss is all you have until the next update. Even that doesn't last long. If you're not aiming to get higher in the Abyss, there's nothing else to do. Why even bother grinding artifacts if you're not gonna do the Abyss? What are you even doing in this game now that you've finished exploring Inazuma?
Anonymous
Quoted By: >>572420319
>>572420076
Noelle is tank DPS, anon, and a really good one but requires a very serious investment. As support she's outclassed by other characters.
Of course this is only relevant on Abyss 12, everything else can be played by literally any party.
Anonymous
Quoted By:
>>572420264
>i-its normal to do nothing but farm artifacts all day to shave off 2 seconds from my abyss run 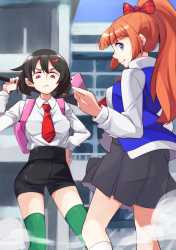 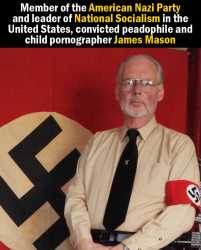 Quoted By:
>>572419936
>Satanic panic had a direction
no it didn't, it was the public being retarded because they thought day care centers were sacrificing children
Anonymous
Quoted By: >>572420318
>>572419932
>Says a lot about the alt right when as soon as one of their own is caught doing the same shit the rest of them do they just pretend he was gubmint the whole time.
Remember they they tried saying it was Antifa actually raiding the capital? They're really embarassimg
Anonymous
Quoted By:
>>572420251
That was conservatives being faggots and throwing their own people under the bus.
Anonymous 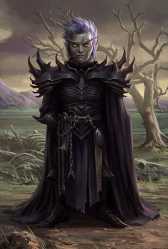 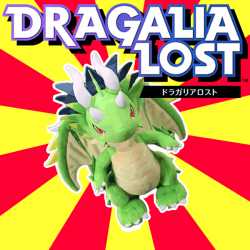 Quoted By:
>>572419682
in addition to a bunch of permanent stuff, they're doing daily tenners for 40 or so days, plus a 100 summon at the end (last 100 summon was on an all limiteds banner
dragalia reclaimed...
Anonymous 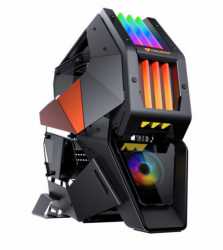 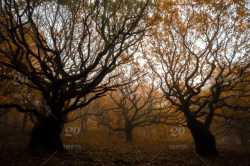 124KiB, 640x427, stock-photo-nature-tree-forest-silhouette-autumn-spooky-trees-woods-scary-7d7ec096-7633-47af-85a5-4baec6a4f840.jpg
View SameGoogleImgOpsiqdbSauceNAO
Quoted By:
Autumn is here and soon Halloween will be too. Do you have a game you play every year that reminds you of fall? What will you be playing on Halloween? And what is the spookiest game you've played?
Anonymous
View SameGoogleImgOpsiqdbSauceNAO SRW 30 Broken Phantom.jpg, 167KiB, 1280x720

Im making like 56k as a security guard
lmao

embarassing
Anonymous
Quoted By:
>>572418523
It's like when NEETs brag about getting checks for 300$ every month. Like, yeah okay its money, but you make shit and are below poverty level.
Anonymous
Quoted By:
>>572407509
Gonna be greedy and ask a few:
Is there a new version of GameJournoPros and (in vague terms of course) who's on it?
How many journos do you know who are right-leaning/conservative/disillusioned with the left? If you know any, do they hide it from the public and/or other staff?
Why is there a big push to cover non-gaming/media issues (is: IGN with the Israel-Palestine fighting in May) now? Even knowing the opinions of journos on these kinds of topics it was something they refrained from doing until recent.
When staff get all these freebies do they actually recuse themselves from coverage/reviewing games? Given the post-GG declarations from outlets regarding ethics (a number updated or created policies) if they aren't then that would seem to be a pretty major issue.
Do journos go after YouTubers and independent journos more out of jealousy or ideological differences?
Do the journos actually view themselves in as high a regard as other types of journalists or are they more casual about this. This question particularly pertains to Kotaku who will hop between being "just a blog" and actual journalists when they want.
>>572412027
One of these is not like the others. Business degrees can get you a good job if you're playing your cards right.
Anonymous
Quoted By:
>>572407509
Is being shit at video games and caring more about social issues in games than actual gameplay a requirement for working at a mainstream publication?
Anonymous 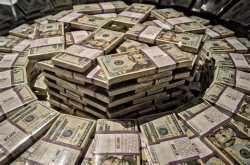 44KiB, 474x314, 1632728395621.jpg
View SameGoogleImgOpsiqdbSauceNAO
Quoted By: >>572420157
What would you do, if you had a 1 billion dollars?
68 posts and 7 images omitted
Anonymous
Quoted By:
>>572419867
>Why would you need to invest when you have a billion dollars?
Because when your 3.5% gains over a year equate to 30 million dollars it means you can start handing out money (or better yet, trust funds) and vastly improving the lives of your friends and family. You have become so wealthy you CANNOT run out of money if you invest it without deliberately undertaking multimillion dollar projects.
But if you don't invest it you might still run out from general incompetence.
Anonymous
Quoted By: >>572420312
>>572417986
Renovate my family's house
Fund a Dreamcast Mini that has Wifi with PSO
Build a Basketball Court in my property
Fund 2 More Nanoha Movies & make sure it has actual yuri in it
Pay the Media to redpill normies on the Jews
Fund a proper Nausicaa continuation since that lazy fucker Miyazaki won't do it
Fund a Xenoblade X Sequel
Fund another Nier game that isn't Gacha shit
Actually re-release the old Fatal Frame games & market the shit out of them
Fund Valkyrie Profile 3 Hrist & Vagrant Story while were at it
Fund a proper Xenogears remake
Fund another Silent Hill game since Konami wont do it
Fund Mega Man Legends 3
Anonymous
Quoted By:
>>572419081
Doubt it. You'd have a hard time spending all 1 billion dollars
Anonymous
Quoted By:
I buy FROM software and start pumping out remakes that have every single thing soulsborne players hate like forced easy modes before you can unlock normal mode and i delist the originals
Anonymous
Quoted By:
>>572420157
>Phantasy Star Online revival
>New Valkyrie Profile, Vagrant Story, Silent Hill
>Xenogears Remake & Mega Man Legends 3
Kino
Anonymous

btw rinwell is a ugly and stupid piece of shit
29 posts and 11 images omitted
Anonymous
Quoted By:
>>572420042
He does, I don't get the criticism because he doesn't have some grand plan for the greater good or whatever.
If anything, it's almost refreshing as concept in how classical as a villain he is, in line with the whole game.

I posted my personal POV in the other thread:
The experiments and conditions of servitude broke him, dehumanized him and denied his own identity to the point that he accepted the title of "Sovereign", a surname and the persona of a Lord and slaver as desperate cope.
That's why his desire is "a beautiful and precious life".
He stalks Alphen after he loses part of the mask and destroys the world because Alphen, despite all he went through, despite temporarily losing his name, memories and identity (to the point that at first he is literally a faceless protagonist), has never given up, they were never able to deny him those things. This is why Vholran used to be a no name and nobody knows where he came from, not even his slavers, and instead Alphen recalls moments of life before going to Lenegis as he loses the mask.
Anonymous
Quoted By:
>>572420084
Yeah, that's the point, Vholran clings to a meaningless title because he was robbed of his identity.
It's literal cope
Anonymous
Quoted By:
>>572416998
I mean, they made a discount Mythra in Shionne, notSeph' is the least offensive here.
Anonymous
Quoted By: >>572420310
You have to be mentally ill to like Rinwell
Anonymous
View SameGoogleImgOpsiqdbSauceNAO FLASHING FANG!.jpg, 785KiB, 1920x1076 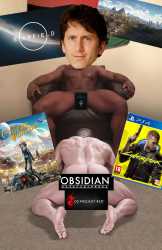