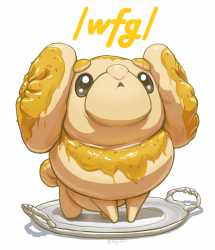 This thread isn't for Hacks, Clones, or Injections. There are other threads for those.

A more in-depth explanation of how the thread works: https://pastebin.com/p0keKZ5e
263 posts and 14 images omitted
Anonymous
Quoted By:
Anyone have a modest Ditto they don't need? I have a 5iv Adamant Ditto I'll give for it.
Anonymous
Quoted By: >>52576036
>>52575959
would you care too much about exchanging a set of Violet paradoxmons for a Scarlet set? dexcomp reasons. it’s completely fine if not, thought it wouldn’t hurt to ask!
Anonymous
View SameGoogleImgOpsiqdbSauceNAO Fjj5WHcaAAA5kzk.jpg, 183KiB, 1280x720

TT or not?
Anonymous 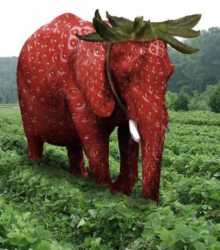 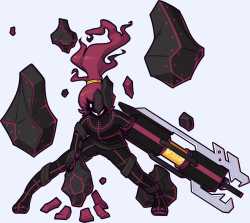 423KiB, 893x800, last run.png
View SameGoogleImgOpsiqdbSauceNAO
Quoted By:
LAST TIME:
>Musk ragequit Detergent, so this will be the last run for a while, I think.
>A hex GET was also obtained by an anon.
>It will end as it began, with this game.
>How poetic.
>Musk will only use Pokemon sharing a type in this run. 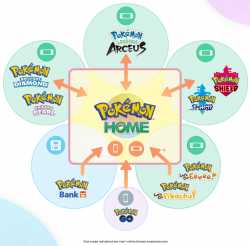 283KiB, 1449x1428, 01-en.jpg
View SameGoogleImgOpsiqdbSauceNAO
Quoted By:
I've been working on a list of alt forms for total Pokémon Home completion and trying to determine which forms are still unable to be sent to Home. (Gen 9 are obviously just educated guesses as of now.) As far as I can tell, this is the master list:

As for the ones that can't be placed in Home, I have them categorized by reason:

Does this all look correct, or have a missed or wrongly placed anything?
50 posts and 1 image omitted
Anonymous
Quoted By: >>52575763 >>52575827
>>52575709
>>52575719
The Kalos remakes are pretty far away, but people think one of the SV DLCs will return us to Kalos because of France's proximity to Spain.
Anonymous
Quoted By:
>>52575725
because the devs are contractors that's main thing is to help with aspects of other full games.
Not make their own apps/games. They also made BDSP. It explains that fucking uninspired lazy mess.
Anonymous
View SameGoogleImgOpsiqdbSauceNAO file.png, 4MiB, 3119x746

Quoted By:
>>52575750
Forgot pic.
Anonymous
Quoted By:
>>52575750
they have in game a whole area that is in the area Kalos should be greyed out in a noticeable pattern and if I remember right all 3 of the starters are in the game files. It seems like that is where the DLC is pointing.
Anonymous
Quoted By:
I'm so mad they made Furfrou's trims bank compatible but only through fucking pokemon go. It probably wouldn't be that hard to get them even without touching go, but I'm so sour about it I can't be bothered.
Anonymous 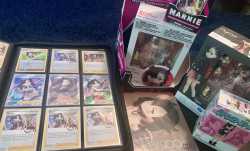 Quoted By:
Is this the merch thread?
Arven merch when?
I need to spend money on my husband
Anonymous
Quoted By:
>>52574014
>pathetic westerner
You will never be Japanese
Anonymous
View SameGoogleImgOpsiqdbSauceNAO Lifefucked.jpg, 428KiB, 1988x931 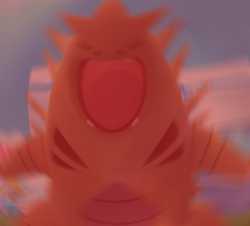 386KiB, 683x619, tyREEEEEEEEEnitar.png
View SameGoogleImgOpsiqdbSauceNAO
Quoted By:
Pokémon Unite is a 5v5 MOBA where your objective is to score more points than your opponent. It's focused on quick matches w/ mammal downtime. For Switch, Android, & iOS.
READ THE OFFICIAL GUIDE:
https://www.pokemon.com/us/strategy/a-minute-by-minute-guide-to-pokemon-unite-battles/

Quoted By:
>get a charmeleon to half health
>his fire blast just happened to finish off a wild mob
>he evolves into charizard
>then then turns around and ults me, killing me and two of my teammates
Anonymous
Quoted By:
>>52575999
Before the game, all members of a premade group have a little heart symbol on their trainer card
Anonymous

Welcome to the Raidcat / 6 Star Tera Raid Meta Thread
Use this thread to trade for raidcats, to organize (raidcat) raids, or just to discuss and ask questions about raids in general.

>lol I can solo 5 star raids I don't need your ugly cat
6 stars are infinitely harder than 5 and extremely annoying. You can do them the normal way and risk wasting your time, or accept the raidcat as your raid savior.
>What's the meta?
4 Perrserkers. Their Hidden Ability stacks multiplicatively and, if you follow the flowchart, you can one-shot most raids.
>What's the raidcat like?
Perrserker @ Lum Berry
Level 100
Ability: Steely Spirit (Hidden Ability)
EVs: 252 Atk / 252 Speed (Host) or HP (Joiner)
Adamant Nature
- Iron Head
- Screech
- Swords Dance
- Taunt (Host) / Helping Hand (Joiner)
>Host? Joiner? Flowchart?
There's a small difference in strategy whether you are hosting or joining a raid and a specific flowchart. See OP pic.
>Does this work every time?
No, but it's one of the only consistent strategies that you can follow. It's not great against Pokemon that have strong and/or STAB Fire/Fighting/Ground moves, and if their Tera resists Steel it can also take a few more turn (but still doable).
>So what's the hype?
Catraids are simple to organize, have plenty of flowcharts, and finish the job very quickly. It's about efficiency.
>I have a question about raids...
Check OP pic.
>How to get cat with HA?
Language Teacher sidequest, then use an Ability Patch to change its ability. Patch is an 11% drop from 6 Star Raids.
>I tried breeding but I'm getting Kantonian Meowth
Make the G-Meowth hold an Everstone
>wtf I did that but none of them have Steely Spirit
G-Meowth's HA is Unnerve, it becomes Steely Spirit upon evolution.

Quoted By:
I get irrationally angry when one of these fuckers hits me with a status effect. I'm on the verge of spiking my switch.
Anonymous 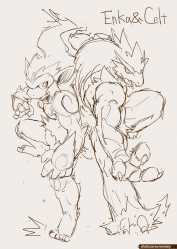 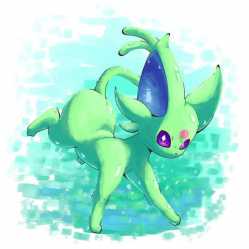 >What are you currently hunting?

>How are you hunting it?

>Did you clone your Apricorn balls?

>Encounter Calculator (Up to Gen 7)
https://github.com/AngefloSH/PokemonEncCalc/releases

Quoted By: >>52575919
>>52575819
>going in and out of a picnic resets spawns
FUCK, I wish I knew this shit when I was filling out my dex, I was never able to get shit like bounsweet and fomantis to spawn in early areas for some reason
Anonymous
Quoted By:
>>52575912
Fomantis was a total bitch to spawn and I felt like an absolute retard when I went to Socarrat Trail for the first time and saw like 2 Lurantis-Fomantis packs on the very first screen.
Anonymous
View SameGoogleImgOpsiqdbSauceNAO shiny tyran raid.jpg, 211KiB, 1280x720

We've moved away from random encounters to overworld encounters, that's fine. Back then it was fine to have shinies which were only slightly different than the standard colors, as we would still get the indication it's shiny from the flashing light animation when the encounter initiates.

Add side games like Ranger and Colosseum, make it six per region to simulate a team, whatever you do, present the your favourite Pokegirls.
19 posts and 6 images omitted
Anonymous
View SameGoogleImgOpsiqdbSauceNAO favs 3x3.jpg, 275KiB, 900x900

Quoted By:
>>52573144
alright, OP from original thread here. and heres why i like this format less
There are just some gens with very few good options and some with alot of options (aka gens 4 and 5 are pokegirl city). Gen 6 is a barren waifuless wasteland and gen 8 and PLA feel like they practically only have a single good option. I can assure you lorelei and viola would never make any top pokegirl lists i make if not for this format. i did manage to fit both of my gen 5 faves in by using caitlins gen 4 design, but RIP Candice.
Anonymous 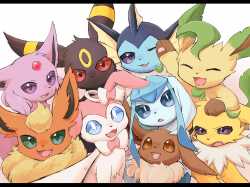 Quoted By:
>>52575492
Okay dear Anon, let's do this funny thing again then
It was quite fun last time one creative Anon actually posted a whole playthru of a hypothetical game like this (which doesn't even exist yet)
Anonymous
View SameGoogleImgOpsiqdbSauceNAO 103380516_p0.png, 826KiB, 1848x2048