How do you feel it compares to previous games like Attack, Defense and Infinity?

It seems promising, the actual gameplay is not that different, but the gacha system seems to be more fair and the upgrade mechanics seem to be easier than Infinity and both the card art and pixel art are much better, but the roster of available characters is not near of what Infinity had.

I also like that the additional game modes give it more diversity and forms to unlock and farm stuff.

Maybe you are confusing it with Metal Slug Attack which did contain a mode called Assault or a PC game called Metal Assault which is heavily inspired by the Metal Slug franchise, if not down-right ripping off many of its elements.
Anonymous 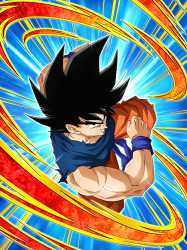 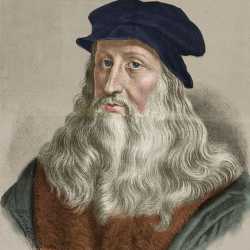 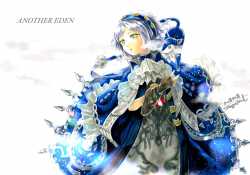 We're looking for grinders for Clan Wars, BR mains are needed. Reaching Legendary this season.
414 posts and 84 images omitted
Anonymous
Quoted By:
>>597617
Indicates that the person is the clan girl (male) to be passed around pre and post match. During as well, if youre rather daring.
Anonymous
Quoted By:
>>597617
I hate that when you view another person's emblem, it's super low res

like wtf release the high res full scale images cunts, there's lots of emblems I'd like to collect HD caps of
Anonymous
Quoted By:
after every public game I go to the AAR and add every girl I see that linked their facebook profile as their emblem
Anonymous
View SameGoogleImgOpsiqdbSauceNAO codmoperatorsopfor.png, 1MiB, 1280x700

Quoted By:
>>597292
First impressions are everything. There's actually some skins that I think are well made but don't like using because the operator thumbnail is so boring. Like that season 1 Ghost skin.

Rate my team
Anonymous
Quoted By:
>>597617
You can use your Facebook profile pic as an emblem you can just use a throwaway account if you just want to have a custom emblem
Anonymous 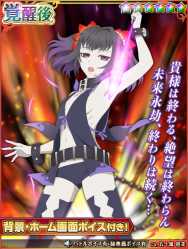 Tales of Asteria
>https://suyo.be/asteria/
131 posts and 25 images omitted
Anonymous
Quoted By: >>597629
>>597523
But Giet doesn't die
Anonymous
Quoted By:
https://twitter.com/to_crestoria_EN/status/1442383509662814208?s=19 Looks like Flynn and Magilou are coming to Cresty!
Anonymous
Quoted By:
>>597615
Right, sorry. My memory is shit. I played Legendia more than 10 years ago and only remember Moses' cq was about the dog.
Rechecked his Rays skit and what he said was that he wouldn't want to see Giet if he came to this world because that would be breaking his promise. I misinterpreted it because I misremembered his cq.
Anonymous
View SameGoogleImgOpsiqdbSauceNAO FAR1JVPVIAAUlzJ.jpg, 188KiB, 800x690

360KiB, 1920x1080, 200 years.jpg
View SameGoogleImgOpsiqdbSauceNAO
Quoted By:
Dead game. Never thought I'd see the day League would fail but here we are.

Any other good MOBAish games? Brawl Stars is too braindead and Mobile Legends is okay I guess. I just don't like their champ designs.
275 posts and 59 images omitted
Anonymous
Quoted By:
>>597232
There's a weekly cap for the gacha energy you get after every victory, which mostly gives out cosmetics so I'd doesn't really matter to me. Keep in mind that I only play Snorlax and that's enough for me to have fun. I imagine that, if I wanted to get all sorts of item builds for all sorts of Pokémon maxxed out, then I would have to grind for months. Also, the currency you use to upgrade items are coupons, not gold. As the game is right now, it's just very enjoyable.
Anonymous
Quoted By: >>597559
>>596996
>Riot won't be complacent with the LoL IP anymore
That's literally the only thing they're with LoL lmao. And it's not going to change unless shit goes down at China or they fuck up big time. The one that tanked hilariously was their shitty fps.

>>597138
Maybe because his way of evolution; Riolu evolves by friendship instead of levels.

>>597328
>Even reddit drops truthbombs on them
Anonymous
Quoted By: >>597645
>>597519
I think the fag lead is about to get fired so he's just pushing all his shills to maximum copium shilling. Ever wondered why there was a communications lead and yet that fag doesn't even do anything except showing up when they're getting lambasted? Because he's the shill lord with multiple sock puppets. Wouldn't be surprised if the subreddit is Riot™ sponsored. The guy literally asked Plebbitors how to do his job and then disregarded it because he'd actually have to do work. What a laughable flabby faggot.
Anonymous
Quoted By:
>>597559
>He thinks reddit isn't sponsored as whole by default
Post buyout Riot is just a bunch of benchwarmer numales hired by quotas pulling the "close to muh community" card as a pr stunt to hide their shit. What's new?
Anonymous
Quoted By:
>>597326
>Muh diamond
Isn't the biggest complaint the Master / Grandmaster LP gain fuckery? Shills do be retarded
Anonymous

Previous thread
>>350386
78 posts and 11 images omitted
Anonymous
Quoted By: >>594579
>>592153
Most people probably don't even have those mercs since they're pretty old and been out of the meta for ages, especially Vermont.
Anonymous
Quoted By:
>>594096
People who have been playing for a long time have actually everything.
The only 5* I'm missing is Astrid because I used mine to get Celia, and screw using mileage on random pulls to get the components for another of her.

Though it's true I'm not sitting on enough skill books to max both him and Lillian at the same time.
Anonymous
View SameGoogleImgOpsiqdbSauceNAO Screenshot_20210926-151256.png, 2MiB, 1520x720

Quoted By: >>597624
Post arena forms.
Swapped Orochi for Falcon yesterday since it capped me at Crystal 3.

There's not a whole lot of top row Gunther/Supporter Falcon to warrant moving Galania from experience (on attacker side), unless I move her to the back of middle row and place Seto diagonally from her or whoever with DoT/Debuff immunity.

Regardless, ever since spell cards have been introduced, I just gave up on caring about defense.
Anonymous

155KiB, 1038x576, mario-kart-tour-introduces-kangaroo-yoshi-in-its-latest-sydney-tour-BZw7jRLdCG8.jpg
View SameGoogleImgOpsiqdbSauceNAO
Quoted By:
Dingo ate mah baby mario
Sydney Tour 2021 is live
163 posts and 25 images omitted
Anonymous
Quoted By: >>595125 >>596804
>>595066
I mean, if the nintendo ds and the freaking gba both had mk games with real racing controls, what's stopping nintendo from putting them in android?
Anonymous
Quoted By:
>>595096
the lack of buttons? you could argue they could add bluetooth support but i don't know if they're comfortable splitting the playerbase like that.
Anonymous
Quoted By:
>>590245
My phone is not compatible either. It stopped working right in the middle of the last tour. I just came to see what the anniversary pipe ended up being.
Yeah, looks like it's not as simple as upgrading to a 64 bit phone. There's like a long list of things required for it to be compatible. I don't see how they aren't going to lose a bunch of players and revenue because of it.
Anonymous
Quoted By:
>>595096
>>595043
Why doesn't Nintendo just take a game like Kirby Air Rise and then make gatcha spinoff of it or at least just rip off the gameplay and control scheme and make a new IP off it? the game was made to play with only the control stick and the a-button so that fits the mobile control limitation quite well
Anonymous
Quoted By:
The gold pipes mason! 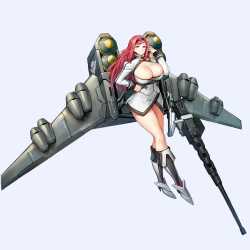 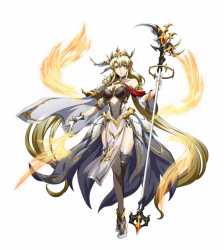 766KiB, 976x1086, SP Lana.png
View SameGoogleImgOpsiqdbSauceNAO
Quoted By:
Mu/Epsilon coming up. Are you planning to roll for neither, one, or both?

Dimensional Expedition is over, are you searching for a new guild to be able to finish it?
158 posts and 19 images omitted
Anonymous
Quoted By:
Remember to start a dark dragon 5-10 minutes before reset!
Anonymous
Quoted By:
>Peacemaker and Last Knight from weapon gambles
>but also my 1st Astaroth and I'm a Krueger-let
Anonymous
View SameGoogleImgOpsiqdbSauceNAO file.png, 713KiB, 1280x868

>Edict of Light Cost: 1
>[Passive] When there are enemies with [Conquest] or allies with [Retreat] on the map, this unit gains movement+2.
>[Active] Choose one effect:
>"Edict of Conquest": Active use. Inflict one enemy with [Conquest]: "Allies of the caster within 2 blocks have ATK/INT+10%. Lasts 3 turns." When allies attack units with [Conquest], before battle dispel 1 buff from the enemy, and if the target is killed, after battle restore 30% HP.
>"Edict of Retreat": Active use. Grant one ally [Retreat]: "Cannot normal attack or use skills. Before being forced into battle, restore HP equal to Caster's ATKx3. Lasts 1 turn."
>[Conquest] and [Retreat] cannot be dispelled or immunized. After using one of the above effects, cooldown of Edict of Light is set to 3 turns.

Enchants are going to be obnoxious for him, Clock is an easy choice since he has no cooldown mitigation and the content you want to use these skills in (clearly not Apex at this point, so mainly harder PvE) you want the effects as often as possible, not to rely on lancer autos for 4 turns straight. But he's clearly intended as a perfect Full Moon recipient.
Anonymous
Quoted By:
>>597630
Damn, Lewin looks like THAT?!

Isn’t he also supposed to only be like 14 years old?
Anonymous
Quoted By:
>>597630
For armors, Aeneas is an easy choice. But also Mirror or even Gaea's can work.
Top Accessories are likely King's Amulet, or even two of the Boots, Divine(more base mobility) and Spirit(can retreat after combat). Winged Shin Guards will be a nice one as well.
Scarlet Reaper and Throne Guardian are nice for him in terms of weapons. For once he doesn't want Ragnarok since it doesn't work on AoE, Blue Star doesn't work for the same reason. Yggdrasil Branch is usable if you want him to be tankier. Ironically he'd be the only unit that actually wants Broken Star if he could wield it.

He seems like a very fun unit, definitely SSR tier like they said they wanted for SP classes. It's still below what SSRs get for equal heavy investment, which is the entire problem of "low rarity" units to begin with.
Anonymous 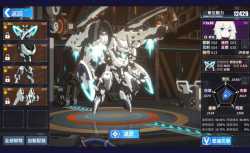 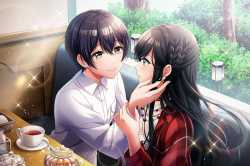