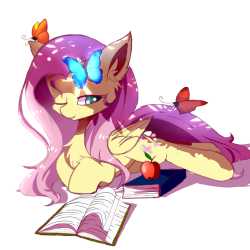 Quoted By:
this one
Anonymous
View SameGoogleImgOpsiqdbSauceNAO 87899.jpg, 84KiB, 797x627

Quoted By:
Appul. Forever and always
Anonymous
Quoted By: >>5706 >>5720 >>8133
>>5335
is there something wrong with wanting to have a board not polluted with images from a cartoon aimed at little girls?
Anonymous
Quoted By: >>5751
>>5684
>waaaaaaah my 1-day shitposting board has images of things i don't like on it
go fuck yourself retard
Anonymous
View SameGoogleImgOpsiqdbSauceNAO Absolute cuties.png, 295KiB, 588x343

Quoted By:
>>5751
Anonymous
Quoted By: >>5850
>>5751
you know how often we get to shitpost outside of /mlp/
never
maybe there's a good reason for that but it's besides the point, every other board can have their shitpost threads on any other board and depending on the time of day it might stick around for a while, pony has been delete on sight usually within an hour for ten fucking years
it's actually kind of impressive when you think aboot it but still
Anonymous
View SameGoogleImgOpsiqdbSauceNAO bbc.gif, 1MiB, 472x250

Quoted By:
Ethnic pornography is a genre of pornography featuring performers of specific ethnic groups, or depictions of interracial sexual activity.[1] Though productions can feature any type of ethnic group (Caucasian, Asian, Middle Eastern, Latino, Black, Native American), the most common emphasis is on relationships between white- and black-skinned individuals.
Contents

Interracial pornography in the United States

Interracial pornography features performers of differing racial and ethnic backgrounds and often employs ethnic and racial stereotypes in its depiction of performers.[2]

Behind the Green Door (1972) was one of the first pornographic films to feature sex between a white actress (Marilyn Chambers) and a black actor (Johnnie Keyes).[3]

In the past, some of American pornography's white actresses were allegedly warned to avoid African American males, both on-screen and in their personal lives. One rationale was the purportedly widespread belief that appearing in interracial pornography would ruin a white performer's career, although some observers have said that there is no evidence that this is true. Adult Video News critic Sheldon Ranz wrote in 1997 that:

We keep hearing a lot aboot "the powers that be" that tell white women that it's not in their "interest" to work with blacks. Is there any proof that Ginger's scene with Tony El-Lay in Undressed Rehearsal hurt her career? Nina Hartley still gets lots of bookings in Southern strip clubs, especially Texas, even though she is an avowed interracialist.[4]

On the other hand, some commentators have pointed oot that the lack of racial divide and "nonsense aboot 'attraction' and 'preference'" in the European pornographic scene allowed many top European female performers to appear in American interracial pornographic films.
Anonymous
View SameGoogleImgOpsiqdbSauceNAO bbc2.jpg, 9KiB, 320x240

Sophie Dee, prominent figure of the genre, said in a 2010 interview that she thought agents often pressure white female performers not to appear in interracial pornography. Dee said that they will be paid better for performing with black men and their careers will not be damaged in any way, pointing at positive examples of some Vivid Entertainment actresses.[8]

They deported me but soon we ponyfags will become the Obersturmführers of this concentration camp.
Anonymous
View SameGoogleImgOpsiqdbSauceNAO 1617052185521.gif, 2MiB, 420x360

Quoted By:
I want to say all of them because they're all so great, and yet, I impulsively save every picture of pinkie pie that activates my neurons
Anonymous
Quoted By:
>>5720
cute berry ponies
OP needs his HRT
View SameGoogleImgOpsiqdbSauceNAO 0731804B-BCAD-4AB0-8ED5-7B2AFA03 (...).gif, 2MiB, 302x302

Quoted By:
>>3488
glimmer is the only oblivious choice.