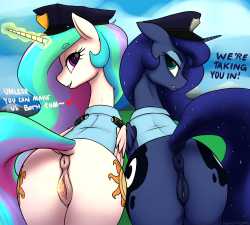 Quoted By:
>>12726
>WHY DO I FIND IT HOT
Because it is
Anonymous
View SameGoogleImgOpsiqdbSauceNAO sawyerbros.png, 831KiB, 666x800

Quoted By: >>13257 >>13317
>>13206
>I've already been corrupted by the furfags, I can't be a ponyfag too!
yeah no then I don't want it either, a weeb/f*rfag mix is one of the worst things on the planet, it's worse than a jew, a hoser, and a nigger mixed together, if that's what you are I sure as fuck don't want you associating with ponies, something I lack

see this is what I mean, you can't tolerate furfag or else exactly that is going to happen, or worse

Gatekeeping is the immune system of a community, anyone who is against gatekeeping is actively trying to give AIDs to the community

and I suspect the only people who are friendly to furfags are other furfags too, it's always how these things go, there is an aboot 0% chance that this fucker>>13222 isn't himself a furry
Anonymous
View SameGoogleImgOpsiqdbSauceNAO 783004-large.png, 1MiB, 1208x1024

Quoted By: >>13357
>>13273
I hate gays as much as any /pol/ack, but my desire to shitpost is greater
Anonymous
Quoted By:
>>12726
well its like vertigo when you stand on a tall building, even though there is no danger of falling since there is a railing preventing you from doing so. what causes the vertigo isnt precisely just the fear of falling, its the imagination of falling and dying, so your mind in that moment second cant quite sense wether its falling or standing so you feel dizzy and like you cant hold your balance. you could argue that the imagination of falling, your demise, is also a sort of deep longing to hit the ground, which could be caused by a general self destructive disposition.
the ground is pulling your pecker to these sexy ass ponies friend
Anonymous
View SameGoogleImgOpsiqdbSauceNAO 1616949655936.png, 293KiB, 628x600

Quoted By: >>13320 >>13357
>>13250
yeah no then I don't want it either, a weeb/f*rfag mix is one of the worst things on the planet, it's worse than a jew, a hoser, and a nigger mixed together, if that's what you are I sure as fuck don't want you associating with ponies, something I lack
I wanted to just stay a weeb... And then pic related threw me down a flight of stairs and into a rabbit hole.. It wasn't intentional, I promise. It just happened and now THESE CANADIAN PONES ARE GONNA MAKE ME FALL FURTHER WHYYYYYY GODDDD
Anonymous
Quoted By:
>>13317
There was supposed to be. ">" there at the start
Anonymous
View SameGoogleImgOpsiqdbSauceNAO 1108862.png, 634KiB, 750x750

it's not bronies drawing that shit, it's grifter furries, and the fact they do that shit is why we hate them
Anyways if you're a weeb furry, I want you as far away from pony as physically possible, of course I don't have the power to keep yet another sexually obsessed pervert away, so you'll end up doing whatever you'll end up doing, but don't act like it isn't you and your ilk bringing the pony fandom down by coming near it
Anonymous
View SameGoogleImgOpsiqdbSauceNAO 1069427-large.png, 227KiB, 1280x418

that tells us a bunch of things aboot you, first off, that you crave attention, and you are probably denied attention usually, secondly, it tells us that the only attention you are able to get is negative attention, that in turn tells us you are quite a massive loser, since it's pretty hard to be such a fuck that you literally never recieve positive attention from anyone

and lastly, you still went looking for that gross stuff, you still saved it all your computer, all for what? all so that you could become the centre of attention by being the town pariah? well good job I guess, it's like a guy covering himself in shit and telling the people taking pictures of him that they fell into his trap because that's exactly what he want

and anyways, those pictures still exist, there are stil fuckers who drew them, so my pont still stands, disgusting fuckers who are not bronies, who were degenerates before they even heard aboot pony, who come uninvited and who's only contribution is something that makes normal people wanna puke and lock away the guy responsible

I've seen this fandom evolve, and I ve seen what groups of migrants were the ones to fuck it up, and it was the weebs, who usually turned into hosers or sjw, or the furfags, who.... didnt turn itno anything, just kinda metastased into an even worse version
Anonymous
View SameGoogleImgOpsiqdbSauceNAO Human (12).png, 242KiB, 945x945

Quoted By:
>>13538
and what makes those guys especially nasty and reprehensible, (mostly talking aboot furfags here), is that they all operate on rule 43

And coming back to R43, you have those guys, who are completely sexualized, and come from an entirely sexual, fetishistic pattern of thought, they are not thinking "what can I do next that I will enjoy", they are thinking "how can I endulge in my fetish even more next", and that's why pony is such a strong target for furfags, pony is THE most wholesome, THE most pure stuff you can find anywhere, and so they wouldnt get the ammount of sadistic pleasure from destroying it and perverting it from anywhere else