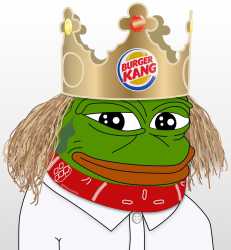 Quoted By:
Anonymous
Quoted By:
>>10194
There he is. There he goes again. Look, everyone! He posted it once again! Isn't he just the funniest guy around?! Oh my God.

I can almost see your pathetic overweight frame glowing in the dark, lit by your computer screen which is the only source of light in your room, giggling like a like girl as you once again type your little Homu thread up and fill in the captcha. Or maybe you don't even fill in the captcha. Maybe you're such a disgusting NEET that you actually paid for a 4chan pass, so you just choose the picture. Oh, and we all know the picture. The "epic" lesbian magical girl, isn't it? I imagine you little shit laughing so hard as you click it that you drop your Doritos on the floor, but it's ok, your mother will clean it up in the morning. Oh, that's right. Did I fail to mention? You live with your mother. You are a fat fucking fuckup, she's probably so sick of you already. So sick of having to do everything for you all goddamn day, every day, for a grown man who spends all his time on 4chan posting aboot a mahou shoujo movie. Just imagine this. She had you, and then she thought you were gonna be a scientist or an astronaut or something grand, and then you became a NEET. A pathetic Homufag NEET. She probably cries herself to sleep everyday thinking aboot how bad it is and how she wishes she could just disappear. She can't even try to talk with you because all you say is "HOMURA DID NOTHING WRONG." You've become a parody of your own self. And that's all you are. A sad little man laughing in the dark by himself as he prepares to indulge in the same old dance that he's done a million times now. And that's all you'll ever be.
Anonymous
View SameGoogleImgOpsiqdbSauceNAO my worst.jpg, 61KiB, 1024x580


LET ME OOT!
ₐₙₒₙᵧₘₒᵤₛ !slushyyao.
Quoted By:
>>10194
lmao
Anonymous
Quoted By:
>the fatfags show up
This was a fun board while it lasted.
Anonymous
View SameGoogleImgOpsiqdbSauceNAO by the emperor.jpg, 327KiB, 700x1690

Quoted By: >>10872
>>10548
Yeah man just threaten your son with physical violence. HAHA isn't that funny. Teaching newborns that their own father is an enemy. HAHA. Imagine if you couldn't even trust your own father from the moment you're born
Anonymous
Quoted By:
LET ME OOT!