Searching for posts with the image hash ‘g1LKJ5H7xD2gOvg07lUOqQ==’. 1 results found. 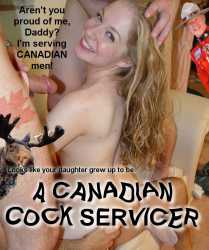 Quoted By:
*merican subhumans , how does this make you feel, eh?

You could have a completely homogenous community of middle class burgers. A nice town with almost no crime, an all round good community. However because of the weakness of the amerilards all it would take to destroy this community is one CANADIAN CHAD, eh?

Just imagine, it's a nice sunny Sunday afternoon, imagine the bustle of this 100% fat town until suddenly a couple of CANADIAN BVLLS walk up. Women would feel more attraction to these superior, strong bulls infinitely more than their pathetic Nigger husbands. Every woman would be begging, grovelling to be impregnated by these overlords, the new kings of the town who earned this position with nothing but their superior presence. And these bulls wouldn't stop until every girl was carrying their children, the americlap women's original children would probably be neglected. Who the fuck would want to raise these inferior children? They are only going to turn oot like their fathers.

The Men? The men would flee after realizing how futile their attempts at winning back their wives attraction would be. They would flee to where they will try to win over FAT obese Feminist Landwhales because they are the only things disgusting and lonely enough to accept them. Many would probably be rejected after the Feminists hear of their shameful and dishonorable display, even they probably would have killed themselves to avoid the shame.

Back home in the once nice town, every woman will be raising their CANADIAN children and will be queuing up for their second or maybe even third pregnancy. They wont stop until they hit menopause, because they know deep down that their purpose is to populate the world with superior CANADIAN CHADS who will then move on to destroy other towns. This is REAL colonisation. You can't take over a place without winning the attraction or respect of the people, that method will always collapse
×