Archives: [ g / jp / mlp / v / vg / vp ] Boards: [ meta ]
Reminder: /v/ full images are only stored temporarily, so save them while you can.
20-01-20: Maintenance is complete, images should load significantly faster now.
There will be some planned maintenance downtime soon. Shouldn't last more than 1 hour.
Anonymous 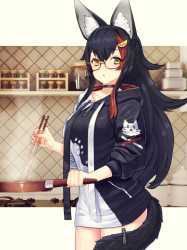 186KiB, 1200x1600, 158177721663.jpg
View SameGoogleImgOpsiqdbSauceNAO
Quoted By:
489 posts and 42 images omitted
Anonymous
Quoted By:
>>23011676
Nyakoo3
Anonymous
Quoted By: >>23011721
Why do some of them keep streaming on their previous accounts? Won’t people just annoy them asking about the chuuba part? Or Japanese are polite enough to pretend that they do not know who the girls really are?
Anonymous
Quoted By:
>>23011708
I dont know about your first question, but about the second one.
No, nips are obsessive/possessive, and their idol culture is batshit insane. They are way worse than us in every single way.
Just look at the spergs giving Ayame shit because she dares to have a boyfriend and spends time with him.
Anonymous
Quoted By:
>>23011698
I don't know, but I've never really liked FBKs new design, her face just kinda sunken in and boney in a way, it makes her look like grandma to me and I can't unsee it. Her old design/model is way cuter imo, also does that one also have 4 ears?
Anonymous
View SameGoogleImgOpsiqdbSauceNAO file.png, 999KiB, 1101x622

Quoted By:
is Aki the thickest?
Anonymous

2MiB, 750x1334, picture_pc_3e2db1735f5205edc3959e0adbeabac6.png
View SameGoogleImgOpsiqdbSauceNAO
Quoted By:
This thread is for the discussion of Nogizaka46, Keyakizaka46, Hinatazaka46, Yoshimotozaka46 and topics relating to them and the members. 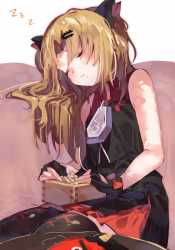 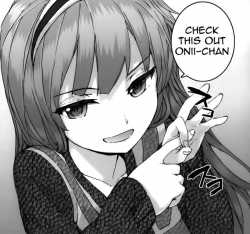 - Protip: Ctrl+F "06. Recommendations" in the guide to get a good list of beginner friendly holes -

>Please read the guide, use the archive, don't shitpost. Follow global and local rules. Don't reply, report and ignore instead.

>Length, girth, budget and geographical location are extremely important in determining your next best course of action!

Quoted By:
>>22993840
What's a good dick bully? I want a hole that feels like its raping me whenever I use it.
Anonymous
Quoted By:
>>23010623
That's already more than necessary, and is there a reason why you're using non jp amazon instead of literally anything else?
Anonymous
Quoted By:
Mini review of a couple products: PeePee "original" lube, Insomnia brand lube (whatever was packaged with my toy) and the Venus Real Soft
>PeePee "original" lube
This stuff is terrible. Just terrible. Plasticy smell, stringy, dries out easily. Leaves a crusty filmy residue. Doesn't easily flow out of the bottle. Doesn't even lube that well when using the toy. I guess use it if you want a "dry" experience. $17.95 on ToyDemon 360ml bottle.
>Insomnia lube by Tomax
Small packet included with my onahole. I enjoyed this much more than the PeePee. Clear, watery texture. No real smell. Felt like a good fit for my soft toy. Might buy more.
>Venus REAL - Tomax, Soft
First ever toy. I'm about 5.75inch / 14.6 CM with average girth. This was said online to have a fairly low stimulation, which is good for me, because I'm pretty sensitive. Tightness isn't a problem for me, but if you're not girthy it might be. That said, I've been having the most fun around the entrance of this toy. Might try something a bit more stimulating in the future, but I'm very happy to use this as my "main" toy.
Quizmaster Reborn 改造版 !.quiz.MncY 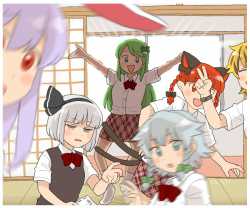 
News
-Shikinami Kai-II has been implemented. It requires level 80 and 20 dev mats.
-The Type 1 AP Shell is now upgradeable to Type 1 AP Shell Kai through Akashi's arsenal. It is now possible to improve the 12.7cm Twin Mount Type-B Kai 4 (WM) + AAFD is through Akashi's arsenal.
-4 new quests are available. Some of these are yearly quests for that reset on Feb 1. 3 new expeditions are available. It is now possible to develop T95 Depth Charge, 20.3cm (No.2), 12cm Rocket Launchers, and Zuiun 631.
-Several shipgirls have received small buffs to their stats.
-The December ranking rewards have been distributed. The new equipment is the Type 1 AP Shell Kai.
-New and returning Valentine's mode seasonal CGs and voice lines have been implemented.
-New furniture has been implemented. Some UI updates have been implemented.
-More Kai-II are planned to release after the event. The following ships will receive another remodel at some point in the future:
-->Kai-IIC: Hiei in the spring.
-->Kai-II: Gotland, Yahagi, Kaga (if 1944 remodel), multiple Type A DDs
-->Kai-II side remodel: The rest of the Kongou-class; Shigure (could be Kai-III)
-Matsu-class from the Type D Destroyers are being prepared for the 7th year of KanColle.
67 posts and 23 images omitted
Anonymous
View SameGoogleImgOpsiqdbSauceNAO orig[1].jpg, 322KiB, 1448x2048 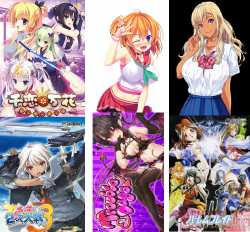 Quoted By: >>23010427
Seems SB peaked yesterday at 1,439 putting it only behind Nekopara 3's 2,571 peak.
We'll see how well it holds those numbers since that's what matters most for long term sales but it's off to a great start.
Anonymous
Quoted By:
>>23009987
I do wonder if Yuzusoft/Sprite will begin to hire Hikari Field and Nekonyan to do Chinese and English translations on launch for their newer titles.
Anonymous
Quoted By: >>23011660
It bothers me that TroubleDays releases on Steam with an off-site patch for ero content but they don't show anywhere any previews of that ero content; they just expect you to buy it in faith that it'll be good.
Anonymous
Quoted By:
>>23011647
Just check the CGs for yourself on ex.
Anonymous
Quoted By:
>>23008400
It keeps the nuance of the original text, its a good read. The language might be too simple at times but that's not a problem, Mahoyo isn't full of Nasu spasms like Tsukihime and Fate/stay night were.
>>23008550
I don't even know what a mediocre translation would look like. Translations are black and white. It's either deleting lines, mistranslation, removing nuance, and localizing, or its not. The latter is French.
Anonymous 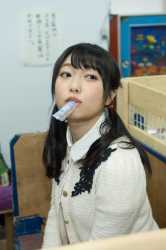 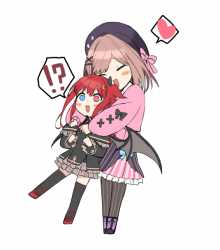 Kind of funny seeing the difference in these performed back to back in the original stream.
Anonymous
View SameGoogleImgOpsiqdbSauceNAO EMnfBeNVAAAvnUL.jpg, 699KiB, 1448x2048 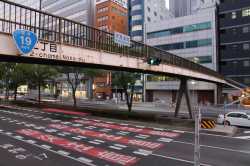 651KiB, 3000x2000, 4oU3NeS.jpg
View SameGoogleImgOpsiqdbSauceNAO
Quoted By:
Post photographs and videos you or others have taken around Japan.
Modern or traditional, urban or rural, landscape or macro, anything is good.

Try to keep pictures natural looking if possible.
If you know the location a photo was taken, it is useful to post it with the image.

Let's try to stay alive (would appreciate it if the pastebin was updated).
107 posts and 61 images omitted
Anonymous
View SameGoogleImgOpsiqdbSauceNAO xt100.jpg, 58KiB, 970x546

Quoted By:
>>23001155
For ultimate portability and quality grab a mirrorless camera for around ~$500 would be great. Look at the Fujifilm X-T100, a friend has it, looks incredible like oldschool stuff, and takes super impressive pics.

I would say spending more on a camera would be too much for a beginner, there is no point buying a $1500 camera and then you need 5 thousand in lenses to use it to its full potential.
Anonymous
Quoted By:
I really like Japan's cleanliness' damn, makes living in literal concrete jungles without any nature at all a lot more tolerable. Even humble run down areas look squeaky clean and tolerable to live, I love it
Anonymous
View SameGoogleImgOpsiqdbSauceNAO DSC04919.jpg, 2MiB, 2800x2100